Use It or Lose It

Been thinking a lot about creativity lately and how I seem to have lost mine. It's always been a bit of a struggle for me, in contrast to some of my friends who seem to have new things pop out of them all the time (I'm looking at you, Marcia Gilbert. And where is your website for me to link to?) That goes way back. My mom was a creative person too; she crocheted a bit, did embroidery, needlepoint, and crewel work, tatted, sewed quilts and clothes, baked, poured and painted ceramics, and most of all, painted china. Needlepointing and china painting were her two main creative outlets and she was really good at both. She and I made ceramics for a while when I was a kid (the kind you pour in molds with slip, not the thrown kind) before she started china painting, and that was fun, but I think I would have liked thrown ceramics better. Messy, more intent involved, glazes to mix and a bit of chemistry to learn. Still a goal. I love ceramics the way Mom loved porcelain. One of Mom's painted plates

She was also a perfectionist and really tough on herself, so I had that role model, which didn't make it easy to be creative. And she was an honest critic, which was both good and bad. Kids need a mom who thinks everything they do is brilliant; I had one who thought everything I did had the potential to be brilliant. On the plus side, I learned to take criticism well pretty early. It made me practice and practice and practice and practice when I was teaching myself guitar, but it made it excruciating to take lessons in anything. Failure wasn't an acceptable part of the process. But it has to be, and it's taken me a long time to allow myself to do that, to fail, to make failures, and not feel like one at the same time.

I think Mom was hoping we'd have a hobby or craft we could do together, so I tried crocheting, hooking rugs, embroidery, and making ceramics with her. She really wanted me to learn china painting, but I didn't have the patience for it and, well, see above about taking lessons. I explored very different creative avenues from Mom's, too: pencil portraits, pen and ink, guitar in high school, and finally writing. Writing was something Mom didn't do at all and it was it like breathing to me. The words were always there, shaping themselves into sentences or lines and stanzas. There was a voice in my head most of the time stringing them together. All through school, when my teachers thought I was taking notes like mad, I was writing stories—fanfic and stories about the kids in my neighborhood—that I shared around at lunch or on the bus after school.

Then I took a mechanical drawing class in high school and fell in love. I've always scored high on the spatial relationships part of aptitude and intelligence tests, the ones where you rotate 3D figures or take them apart in your head, and I liked the tools of mechanical drawing. I've still got my set of pencils and compasses and my T-square. And then I learned to type, on an IBM Selectric that was almost, but not quite, a typesetter. (In grad school, I got a daisy wheel typewriter/printer that was even closer; heaven.) I joined the yearbook staff. And that's how I got interested in layout. I learned real typesettng on the college newspaper, and when PageMaker came out when I was working my first job in New York, I was in ecstasy. I taught myself PageMaker, QuarkXpress and InDesign as they each came out, studying typography along the way. I bought a copy of Words Into Type. I bought typography and design books and learned to see what makes a good layout and good design. I bought art and artist's books. I laid out newsletters, pamphlets, proposals, posters, book covers, and reports. And that's how I wound up with the half-assed graphics/layout/word processing "career" I've had. I've never worked as a graphic artist in high end design jobs like magazines or advertising, but I've learned a lot from paying close attention to them. In one of my freelance proofreading jobs, I worked with a guy who was a fucking genius with Photoshop, who advised me to learn that instead of Illustrator. Turned out to be a wise choice for someone who's largely lost her drawing skills. I still hesitate to call myself a graphic artists, self-taught as I am. But I'm good at layout.

About ten years ago, I managed to scrape enough money together to take an intro to letterpress printing at the Center for Book Arts. And if the daisy wheel printer had been heaven, and the page layout programs had been ecstasy, working with a Vandercook and setting my own type by hand fucking blew the top of my head off. As a class, we designed and printed a broadside poem by Gregory Pardlo, "Glass," (which I loved). I suggested the design and set the type while everybody else picked it out and prepped the press. We each got a chance to set up and run off 25 copies ourselves. It. Was. Awesome. I fell in love with the Vandercook, which is a monster of an electric mechanical press. It fed all my love of machinery and tools and making large things do my bidding. I went home with dreams of my own letterpress shop dancing in my head. This of course requires that I win the Powerball lottery to buy a suitable building for my friends to live in and me to run  my press out of. Sure. Why not?

During the course of the long fanfic career I've had, I met a woman who was a conservator at a university library. When we became friends, she brought me into the lab she worked at and showed me how to do library bindings. I had no idea it was as easy as it was. That only fueled my press dreams a little more. We wound up making some very fancy fanzines together, a couple of which I'm still really proud of, with an imprint we formed called Two Vixens Press. In the meanwhile, as a poor substitute, I bought the equipment for a tiny, strictly digital press: a good Epson color printer, an HP laser printer, a powerful desktop hand built by another fandom friend, a big screen, and the Adobe software to go with it. I also bought myself a cast iron book press, which has been really handy. And I made some books (links in the sidebar). I started blogging about book arts, and going to book arts shows. Thus was born Maelstrom House. Then the Roommate happened.

So it's been a long, dry period of nothing creative and I'm easing my way back into making books, which appeals to my love of layout and typesetting and hand making things in mixed media. My equipment is outdated or broken now, so I have to rebuild that, and my hands are not as strong as they used to be and thanks to the growing arthritis, not as nimble. I feel like I've lost a lot of good creative time and momentum. I'm trying not to be resentful about that. It won't help.

For many reasons, I decided to ease my way back in with a book of my own poems. For one thing, I'm sick of the fact that the only way to get a collection published in the U.S. is to pay someone to read your work in a contest, the entry fees for which average $25. I've had enough individual poems published, and had enough people whose opinion I respect tell me I'm a good poet to not look at this as a vanity project but rather as another way of getting my work out there. I won awards for my poems in high school, college, and grad school. I've had a couple of near misses with contests, making it to the finalist pile. Besides, I'm in good company with Walt Whitman, e.e. cummings, and Virginia Woolf. The stigma of self-publishing is largely gone now, and there are many avenues of it. I've decided to put it out through Maelstrom House in a new imprint, or the resurrection of an old imprint—Long Meg Press—to keep it separate from the publication of other people's work. I'll start with a few handmade, perfect bound editions, make some print-on-demand editions available somewhere (I'm trying desperately to avoid Amazon; suggestions welcome), and learn how to make an ebook, which is a skill I've been wanting to add. And I know a thing or two about making books now. 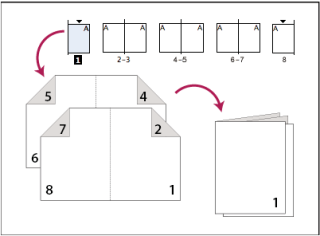 When I left my job at AKRF, I was a power user of the then-very-new InDesign CS2 and I could make it sit up and bark. I've laid out a number of chapbooks and zines and pamphlets and cards since then, so you'd think I'd remember how that signature thing works. Oh hell no. InDesign's newer versions do this cool thing called imposition, where you lay out the book in the page order it should appear in when printed, and the program makes the signatures for you, without screwing up your original layout. In the early versions, you had to do this by hand and it was an unholy fucking mess of linked text boxes. One thing that taught me was to make dummies first. But now InDesign does the messy work for you. It's almost too easy. Nothing like printing on a letterpress would be.

But could I get that damn program to give me five signatures of an 80 page book? I could not. Took me four tries and a trip to the Adobe Help Desk (where I should have gone first) to remember I had to treat the first and last pages like a half-signature (of 4 pages) and check the box to print blank pages. (JFC, Adobe, why would I include blank pages in a document if I didn't want to print them? That should be the default, you dumbasses. Not a special box to check, buried in the printer preferences.) Then I realized if I was going to perfect-bind this thing, I didn't need a set of five signatures, which I'd have to pamphlet stitch and then bind; I needed individual four-page signatures. Duh. *Dramatically smacks forehead.*

Anyway, I got the innards laid out and fancied up with a nice typeface and a few ornaments here and there. It needs a bit more futzing with, but it looks good. And now it needs a cover. And Long Meg Press needs a logo again. I was dreaming about making that, the other night. It's good to dream.