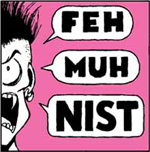 Our small nonprofit, the Opportunity Fund for Developing Countries, offers scholarships to African boys and girls who agree to keep up their grades, stay out of trouble and refrain from pregnancy. When a 20-year-old orphan we’ve supported for many years had a baby, we revoked her scholarship. (Significantly, we have never dropped a male’s scholarship for impregnating a female.) [Emphasis mine] Now she wants to return to school. We’d like to readmit her to our program, but won’t that set a precedent? DEB DAY OLIVIER, SALT LAKE CITY

To restore this girl’s scholarship may well set a precedent, and I think it should. As you seem to realize, to apply this rule only to one sex is strikingly unfair and violates your own agreement with the students. What’s needed is a new policy, one with a better response to young people’s lives than “just say no babies.”

By definition, nobody welcomes an unwanted pregnancy. As Cynthia Lloyd, an authority on population and education issues and a lead author of the book “Growing Up Global: The Changing Transitions to Adulthood in Developing Countries,” put it in an e-mail exchange, “Obviously in Africa, many young women who get pregnant have not necessarily made that choice willingly or with any control.” I admire your wish to help these students avoid obstacles to education, like too-early parenthood, but I admire even more your reluctance to let an imperfect policy inflexibly applied thwart a young woman’s desire for an education and a better life.

What form should that new policy take? Here I defer to educators and experts in family planning. Lloyd suggests one that you might consult: Codou Diaw, executive director of the Forum for African Women Educationalists, an N.G.O. operating throughout the continent from its headquarters in Nairobi.

When you restore this girl’s scholarship, as I hope you will, you can announce your intention to change course. It is commendable to gauge how effectively your policies serve your ends, and to amend or abandon those that are ineffectual.

UPDATE: Olivier told me by e-mail that they did not continue this girl’s scholarship but that she may reapply next year.

Not only the part about dropping this young woman's scholarship without considering how she got pregnant, whether she had access to birth control, or if she even wanted to get pregnant, but big ol' FAIL for never dropping a young man's scholarship for impregnating another young woman. Because, in case you hadn't noticed, it takes two people to get pregnant. If you are trying to enforce an abstinence only policy (which is what sounds like is going on here), then everybody has to abstain and everybody gets the same penalty. Not that I think abstinence only is a useful policy, but why punish only women for failing at the unworkable? If it's wrong to get pregnant, it's wrong to make someone pregnant too.

Beyond that, to enforce that policy on a 20 year old adult is completely unrealistic and unethical in itself, especially without offering alternatives. According to their own annual report, this organization provides no access to birth control, only HIV/AIDS "training," which I would bet consists of saying "don't have sex; you'll get HIV." If you don't want young women getting pregnant, it's a proven fact that just saying no doesn't work, especially in poor countries where women have fewer rights and resources than they do here. Not addressing the facts of violence (and just plain ol biological imperatives), and condemning women alone for the outcome is the worst kind of self-righteousness: do as I say, not as I do. Make my dogma work without the resources I have access to. It absolves men from taking responsibility for their own actions while condemning women, often, for being victims of male violence and at the least, of male irresponsibility. Why do people not get this?

I know: because it serves the patriarchy not to. But it particularly irks me when women don't get it and bind each other's feet.