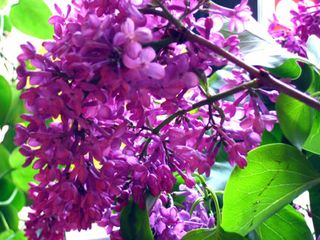 I can smell the lilacs. Well...I actually can smell the honeysuckle growing in my neighbor's yard. It is in full bloom, and the bees love it.

Mmm, honeysuckle is lovely too. How's your bamboo growing?