So, today is father's day, and coincidentally, my birthday. In part because of religious reasons and in part (I suspect) because my mother was not a warm, mushy person, we never celebrated either holidays or birthdays in my house. I can't say I actually felt deprived because for years, I got gifts throughout the year, when I wasn't expecting them, and being an only child, I got most of what I wanted. When I was a kid, I would often wake up to something Dad had bought me while working the night shift. After a while though, when I had grown up and moved out, both my parents used to "sneak" me stuff for my birthday, and I would "sneak" them stuff on Mother's and Father's Day. And we would always call each other on those days, and their birthdays, just to say hello and acknowledge that there was something special about it.

And there is. I don't think it takes anything away from God to acknowledge that one of His creatures came into the world on a particular day and that we're glad about it. Our brains are limited enough that we can't imagine anything without a beginning or an end; our lives are bounded and finite, as far as we know. There should be as much joy and celebration in them as possible. That's really what holidays are an excuse for: a break from how hard life can be, an acknowledgment of simple pleasures, and gratitude to God for having them. The beginnings of anything are always exciting, full of hope and promise and potential. What better reason to celebrate them?

There's also something to that notion that it's better to celebrate a person's life and accomplishments when it's over than to celebrate only the potential, too, but I think birthdays are as much about love and encouragement as they are about celebration, at least when we're kids. Without that sense of being valued, there's often nothing to celebrate at the end of a life. But I actually think my parents' method of surprising me is just as effective, if not better. A set date implies obligation, but spontaneity means far more, I think. I still try to practice that with my own friends; if I see something I know one of them would like, I pick it up, or make it. It's a surprise for them, and a devious delight for me. 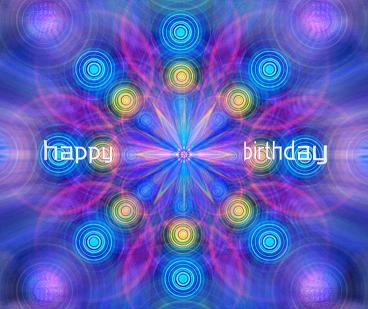 That said, I'm still not much inclined to celebrate my own birthday. It's an old habit and they don't mean much to me, but I've stopped feeling guilty when I buy someone a birthday card, or a present, or dinner, or go to someone's party. (Very amusingly, I just had an email exchange with MG, in which she forgot my birthday, and I forgot hers.) It's always seemed an odd loyalty test to me. I understand eschewing the other holidays because they do, so many of them, have non-Christian origins, and those were sacred, holy days to gods that weren't Christian, even though they've now been co-opted and adapted by Christianity. But everybody has a birthday, regardless of faith or religious profession, and calling it "their" day still means they share it with hundreds of millions of other people across the world. Not a very exclusive holiday, when you come right down to it.

So I'm meeting Gretl for gelato today, then probably taking myself out to dinner, and doing something I love doing: walking around the city and celebrating my fellow humans.